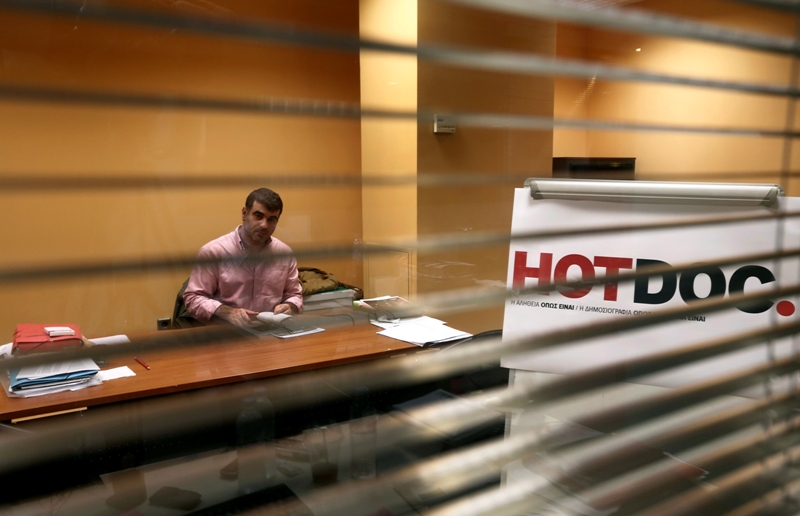 A three-judge panel of the Athens Court of Appeal on Monday unanimously threw out the conviction of Kostas Vaxevanis, editor of the investigative magazine HotDoc. A lower court sentenced him to 26 months in prison for defamation in March 2015.