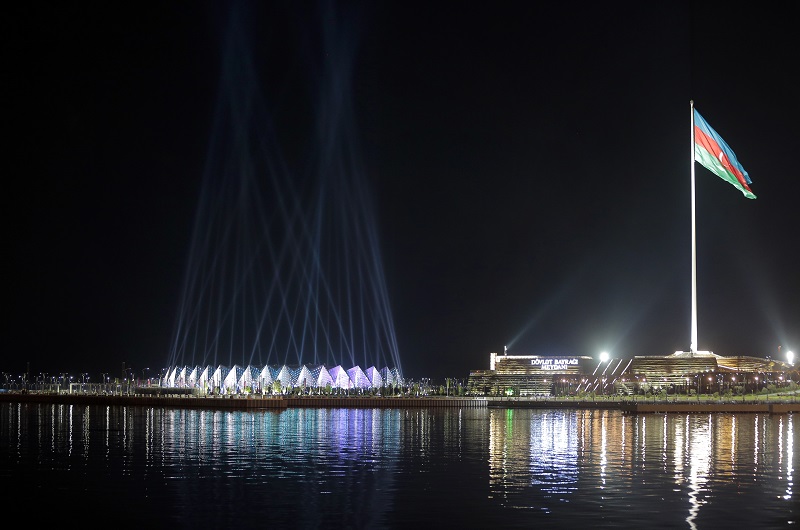 A general view of the illuminated building of Crystal Hall arena and the Azerbaijani national flag in Baku, Azerbaijan, on June 25, 2015. EPA/MAXIM SHIPENKOV

The International Press Institute (IPI) today condemned a two-year prison sentence given to Azerbaijani photojournalist and blogger Mehman Huseynov, who was convicted of libel for having claimed he was mistreated while in police custody earlier this year.

The claim arose after Huseynov was arrested on Jan. 9 for allegedly “disobeying” police. Huseynov, who was convicted and fined 200 AZN (approximately €100), and released the following day, said that police officers had abducted and beaten him.

His lawyer, Elcin Sadiqov, argued that today’s verdict and sentence were politically motivated. Both Huseynov and the attorney said that they were not given time to mount a proper defence, having been given only 30 minutes warning ahead of the trial.