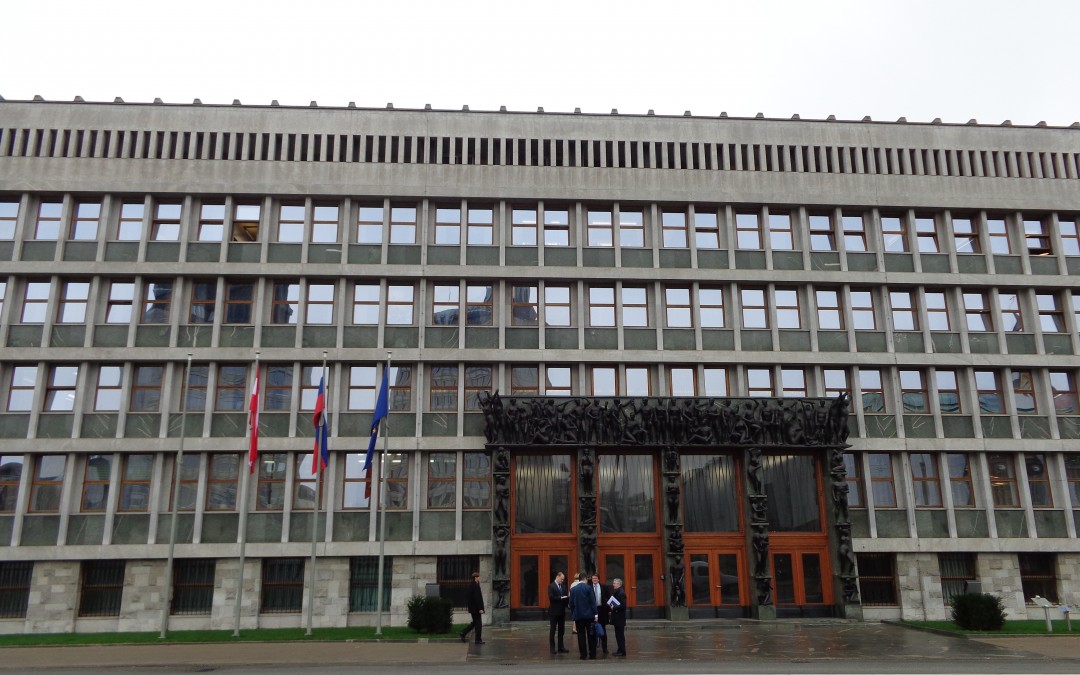 VIENNA, April 23, 2015 – The Slovene Association of Journalists (DNS) today launched a campaign, supported by the International Press Institute (IPI) and its affiliate the South East Europe Media Organisation (SEEMO), to reform Slovenia’s defamation laws as well as criminal provisions related to the publication of classified information.

The campaign was announced during a joint press conference with DNS and IPI in Ljubljana.

In a letter to Slovenian Justice Minister Goran Klemenčič, the three organisations called for the repeal of criminal defamation in the country, one of only two former Yugoslav states in which harm to reputation can still be addressed under criminal law.

Referring to the “the event that criminal defamation laws must continue to exist, or until such time as they are repealed”, the groups also suggested a series of urgent reform measures, most prominently removing the possibility of imprisonment.

“We agree that the right to freedom of expression can be limited in order to protect the right to reputation,” read the letter, signed by IPI Executive Director Barbara Trionfi, SEEMO Secretary General Oliver Vujovic and DNS President Matija Stepišnik. “Nevertheless, this limitation must be balanced and proportional. In our view [Arts. 158-162 of the Slovenian Criminal Code] do not meet the relevant standards developed by international human rights courts and bodies.”

The letter cited in particular rulings by the European of Court of Human Rights (ECtHR) suggesting that imprisonment was not a proportionate punishment in defamation cases and risked casting a chilling effect on the media. A similar consensus has been reached by other international bodies, such as the U.N. Human Rights Committee and the Parliamentary Assembly of the Council of Europe. The latter, notably, has called on states to end the possibility of prison sentences for defamation “although prison sentences are not actually imposed […] so as not to give any excuse, however unjustified, to those countries which continue to impose them”.

The campaign also calls on the Slovenian government to reform Art. 260 of the Criminal Code on the publication of classified information by introducing a public interest defence. The call comes after prosecutors this month dropped charges against Delo investigative journalist Anuška Delić for allegedly making use of confidential documents from Slovenia’s secret service in a 2011 exposé on links between a prominent Slovenian political party and the neo-Nazi group Blood and Honour. The decision to prosecute Delić had been strongly criticised by press freedom groups, including IPI and SEEMO, which raised the issue with Slovenian officials during a November 2014 visit to Ljubljana.

During that visit, IPI and SEEMO representatives also discussed the possibility of defamation reform with Klemenčič and with the chairs of the justice and culture committees in the Slovenian National Assembly. Klemenčič, a former anti-corruption official, told the joint IPI/SEEMO delegation that he was “personally against” the application of criminal law in defamation cases and that “in the long run, we would like to see criminal sanctions [removed]”.

However, the minister cautioned that, in his view, a move to decriminalise defamation in Slovenia would have to be accompanied by the introduction of punitive damages in the country’s civil law. The current system, he said, which recognises restorative damages only, “does not present a justifiable remedy for [damage to] personality rights”.

IPI Director of Press Freedom Programmes Scott Griffen expressed optimism that the campaign would bear fruit, if perhaps incrementally. “The consensus against the possibility of imprisonment in defamation cases could not be clearer, and Slovenia should take this as a first step urgently,” he said. “Albeit at different paces, EU member states are unmistakably moving in the direction of doing away with criminal defamation and we are asking Slovenia not to miss that boat.”

The other recommendations relative to criminal law included:

-Repealing a provision on the criminal liability of commissioning editors