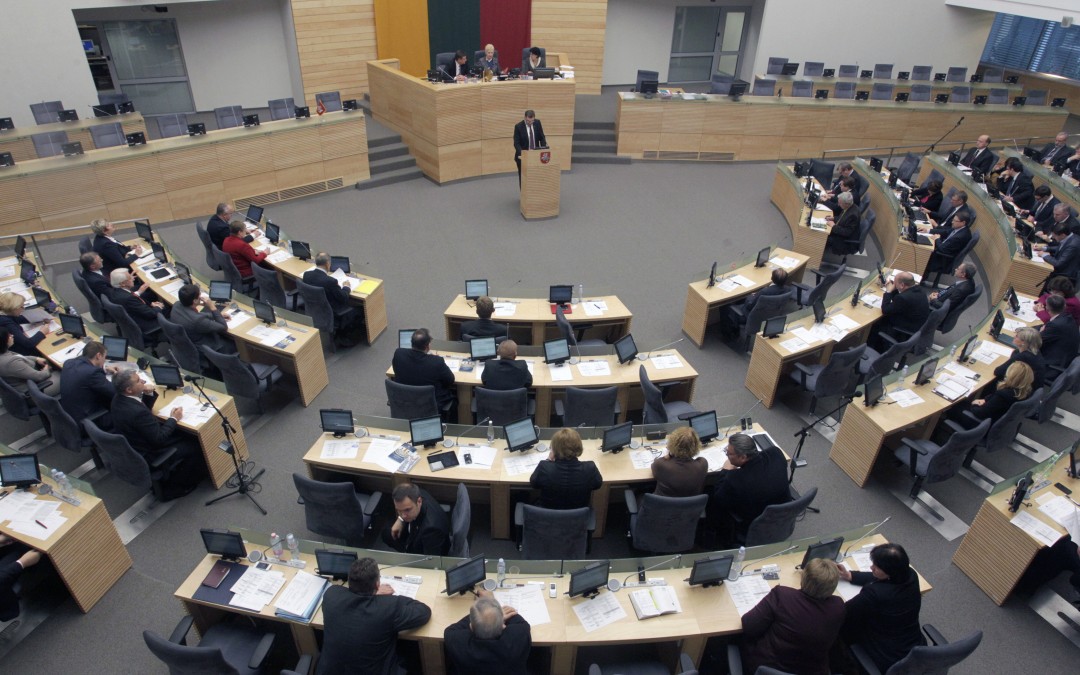 A general view of Lithuania’s Parliament during a session in Vilnius on Nov. 20, 2012. REUTERS/Ints Kalnins.

VIENNA, July 8, 2015 – The International Press Institute (IPI) today said that the Lithuanian Parliament’s recent decision to remove two insult articles from its Criminal Code is a positive step, but called on lawmakers to completely eliminate criminal defamation in the country.

Parliament on June 25 approved legislation to remove Arts. 155 and 290, which criminalised insult and insult of a civil servant, respectively. The former contemplated prison sentences of up to one year while the latter provided for up to two years behind bars.

“IPI welcomes this change, which is a clear acknowledgement of the need to update defamation laws to meet international standards on freedom of expression and the press,” IPI Director of Press Freedom Programmes Scott Griffen said. “However, the Lithuanian Parliament must go further and fully repeal Art. 154 on libel.”

That provision allows for up to two years in prison in certain cases and is not restricted to allegations of fact.

Griffen continued: “We emphasise that criminal defamation laws are capable of exerting a chilling effect on the media and other speakers regardless of whether they are actively applied, and are prone to abuse as long as they remain on the books. Numerous international human rights bodies have suggested that civil courts are a more appropriate venue to resolve defamation claims and have stated clearly that imprisonment is never an acceptable punishment for defamation.”

The repeal of the two insult articles came after IPI and Article 19 conducted a joint, two-day mission to Lithuania in May. Delegates at that time urged lawmakers to bring the country’s defamation law more in line with international standards, including through the repeal of both criminal defamation and insult laws.

As highlighted in IPI’s recent report “Out of Balance”, there is a clear global and European trend toward ending criminal defamation. In just the past six years, Ireland, Romania and the UK have fully repealed criminal defamation laws. Estonia, a fellow former Soviet Baltic state, did so previously and neighbouring Latvia has gone even further in reforming its criminal provisions than Lithuania.