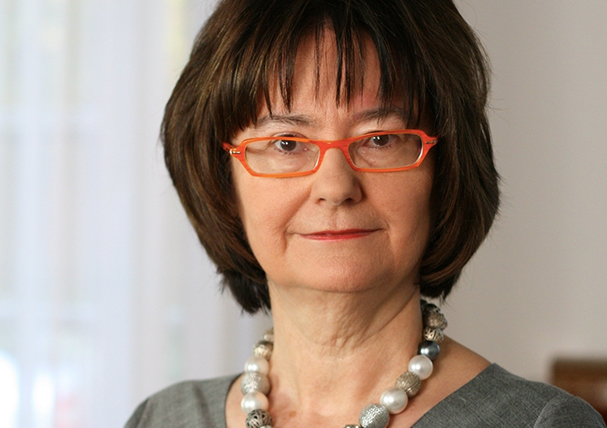 VIENNA, July 16, 2015 – The Polish Ombudsman has criticised the possibility of imprisonment under Poland’s criminal defamation law, calling it a potential “constraint on public debate and the freedom of the press”.

In an interview with the International Press Institute (IPI), the Ombudsman, Prof. Irena Lipowicz, said the following about the possibility of imprisonment set forth in Art. 212 (defamation) of the Polish Criminal Code: “Even if it is a potential threat, it must be eliminated from the democratic state of law.”

A number of Polish media and civil society groups launched a coordinated campaign for the repeal of Art. 212 in 2011, which observers say was broadly ignored. Polish legislators have not yet brought the country’s defamation law in line with international standards. International human rights bodies have increasingly pointed out that defamation represents a disproportionate restriction on freedom of expression and there is clear consensus that imprisonment is not an appropriate penalty.

In 2008 the European Court of Human Rights stated in the case of Azevedo v. Portugal that even to “foresee the possibility of a prison sentence in a classic case of defamation … inevitably produces a chilling effect”. In Poland, journalist Andrzej Marek spent two days in prison for libel in 2006 before the country’s Constitutional Court suspended his three-month sentence.

IPI, which is currently leading an EU-wide awareness-raising and advocacy campaign around the issue of defamation and freedom of expression, asked Prof. I. Lipowicz about her constitutional motion, the effects of Art. 212 on the press and her office’s concerns related to freedom of expression in Poland.

IPI: Why did you decide to raise the issue of imprisonment under Art. 212 with the Constitutional Court?

Lipowicz: On 22nd of November 2012, I submitted an application to the Constitutional Court in which I requested an investigation into the compatibility of Art. 212, Sec. 2 of the Polish Criminal Code – namely, the phrase “or imprisonment up to one year” – with provisions in the Polish Constitution and Art. 10 of the European Convention on Human Rights.

In my opinion there are doubts of constitutional and conventional character with respect to the criminal penalty of imprisonment for defamation, it may constitute a serious threat to the freedom of expression.

As I have indicated in the motion that in the Polish legal system the responsibility for the speech in the most severe cases is provided under separate criminal provisions [e.g., Arts. 256 and 257 of the Polish Penal Code, on incitement to hatred and similar offences], there is no justification for including imprisonment among the penalties for defamation under Art. 212. Given these circumstances, Art. 212, Sec. 2 cannot pass the proportionality test sets forth in both the European Convention and the Polish Constitution.

It should be emphasised that there have been attempts to repeal the qualified offence of defamation committed by mass media and also to repeal the most restrictive of penalties, for defamation, including imprisonment. But there were not accepted by the Polish Parliament.

IPI: What kind of impact has Art. 212 – and, specifically, the existence of imprisonment as a possible punishment for defamation – had on freedom of expression and freedom of the press in Poland?

Lipowicz: In some cases, the penalty of imprisonment can be a constraint on public debate and freedom of the press. It seems that even if it is a potential threat it must be eliminated from a democratic state of law.

IPI: Do you think that criminal law is necessary to protect reputation in today’s Poland? If not, what are the better alternatives for Polish citizens to defend their reputation from attack?

Lipowicz: This issue was already solved by the Polish Constitutional Court in its judgment of 30th of October 2006 (Ref. P 10/06). On that occasion, the Court concluded that the criminalisation of defamation in Art. 212, Sec. 1 and 2 does not constitute in principle an unreasonable interference in freedom of expression and the freedom of the press.

Justifying its decision, the Constitutional Court stated in particular that “the criminalisation (understood as the recognition by the legislator of an act as a crime) of activities that are on the one hand a manifestation of the exercise of freedom of expression and on the other violate human dignity and its manifestation in the form of honour and good reputation, is a legal solution acceptable from the point of view of (…) the Constitution”. It added: “There are no clear grounds to assume that the protection of personal rights in civil law in the current conditions of the justice system can be considered as the effective protection of honour and good name as the criminalisation of defamation.”

IPI: What was the Constitutional Court’s decision in your application on the question of imprisonment?

Lipowicz: Unfortunately, in the decision of June 13 2013, the Constitutional Court discontinued proceedings in the case. In its reasoning, the Court stated that the constitutional problem indicated in my motion had already been the subject of the Court’s decision in case no. P 10/06 [Ed. of Oct. 30, 2006].

However, as I indicated in my motion, the allegations made in the application (…) were not identical to those previously studied by the Constitutional Court. Therefore, the previous case on the subject (…) should not preclude the Court from considering the current motion. [I noted] that I did not question the constitutionality of the approach adopted by the Polish legislature in terms of the criminalisation of defamation as a rule, but [rather] pointed out that there is a need to assess the proportionality of sanctions for defamation adopted in Art. 212, Sec. 2.

IPI: Are there challenges in terms of the way that Polish courts balance freedom of expression and the right to reputation?

Lipowicz: We can observe a certain number of requests for cassation [Ed. review of rulings on points of law] in cases involving Art. 212. In recent years, these kinds of requests are very rare. However, it should be noted that if a convicted journalist turns to my office in such a case, the matter would be investigated also in terms of the right to freedom of criticism, particularly with the question it served the defence of socially legitimate interest [Ed. “justification”, set forth in Art. 213, Sec. 2].