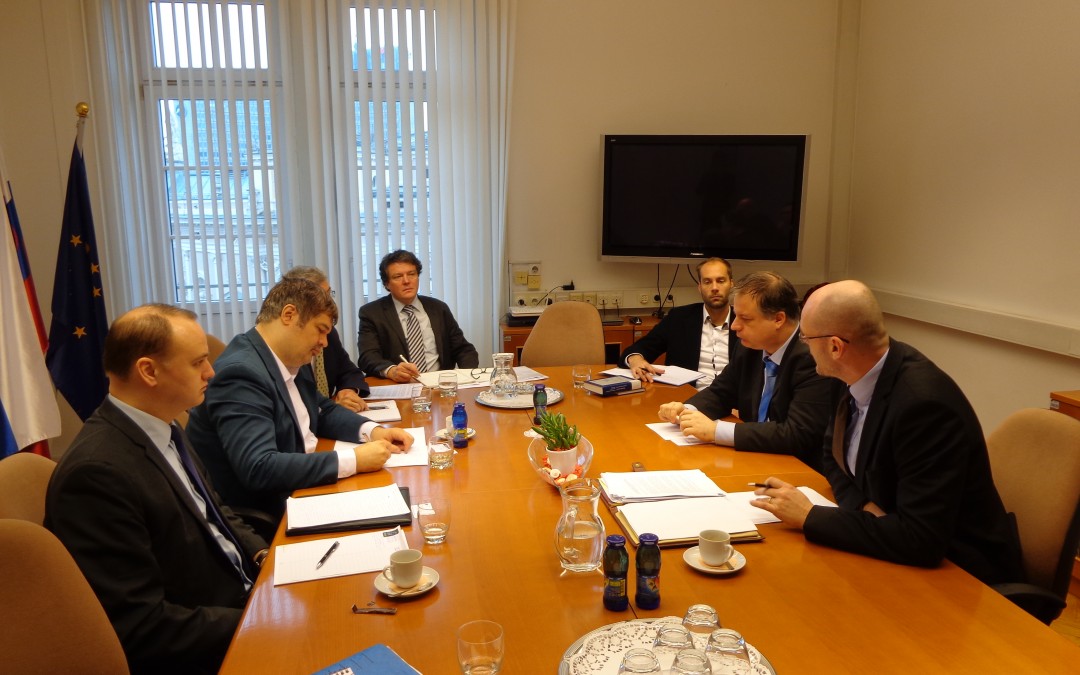 voted 86-1 to introduce a public-interest defence for persons accused of publishing classified information.

The move followed the highly publicised trial of Delo investigative journalist Anuška Delić on charges of publishing classified state intelligence after she revealed links between the Slovenian neo-Nazi group Blood and Honour and members of the Slovenian Democratic Party (SDS) in a 2011 exposé.

Prosecutors dropped charges against Delić in April 2015 in the wake of widespread criticism from international press freedom groups, including the International Press Institute (IPI) and its affiliate for South East Europe, SEEMO. During a Nov. 2014 visit to Ljubljana, IPI and SEEMO had urged Slovenian officials, including Justice Minister Goran Klemenčič as well as key MPs, to reform the country’s official secrets legislation by providing a public interest defence and later joined a campaign on the issue launched by the Slovene Association of Journalists.

According to DNS, the July 9 vote modifies Art. 260 of the Slovenian Criminal Code to exempt from prosecution the collection, possession and publication of classified information if, according to the circumstances of the case, the public interest in revealing the information overrides the interest in keeping it secret. The exemption will not apply in cases in which such publication endangers the life of one or more persons. To the disappointment of some observers, the amendment also increases the maximum jail term for those found to have broken the law, from three to eight years.

“The introduction of a public interest defence in Art. 260 is a welcome step, particularly given the way that this law was abused in the prosecution of Anuška Delić,” IPI Director of Press Freedom Programmes Scott Griffen said. “We are pleased that the Slovenian Parliament appears to have resoundingly accepted the principle that journalists should not be punished for revealing matters of clear public interest.”

A previous public-interest exemption for disclosures of classified information was removed in 2008 under the government of former SDS Prime Minister Janez Janša, who is currently serving a two-year prison term for corruption.

Friday’s changes to the Penal Code also included a significant amendment to Slovenian defamation legislation that had been sought by IPI, SEEMO and DNS. Art. 168 will be amended to specify that cases of criminal defamation or insult committed against public officials are to be brought by private action rather than by a public prosecutor, as had been the case until now.

In an April 2015 letter addressed to Justice Minister Klemenčič, the three organisations had argued that the change would help deter abuse of Slovenia’s criminal defamation law by ensuring that public officials would “need to become personally engaged in the proceedings and shoulder all of the costs if their private action failed”.

Griffen characterised the amendment to Art. 168 as a first step toward the full repeal of criminal defamation and insult in Slovenia.

“This is another welcome change, but it is at best an intermediate step,” he said. “In order to bring the country’s defamation law fully in line with international human rights standards and treaties, the Slovenian government needs to remove all prison sentences for defamation and insult and, ultimately, repeal criminal defamation.”

SEEMO Secretary General Oliver Vujovic added: “SEEMO welcomes the adoption of the amended Penal Code, in the areas of both classified information and defamation. I regret, however, that Parliament did not take the opportunity for additional changes toward the decriminalisation of defamation and the abolition of prison sentences. I hope that this will be done in the near future.”

Slovenia is only one of two former Yugoslav countries to retain criminal defamation – Croatia is the other – and is the only one in which defamation and insult are punishable by imprisonment, according to IPI’s

extensive research on the situation of criminal defamation law in Europe.