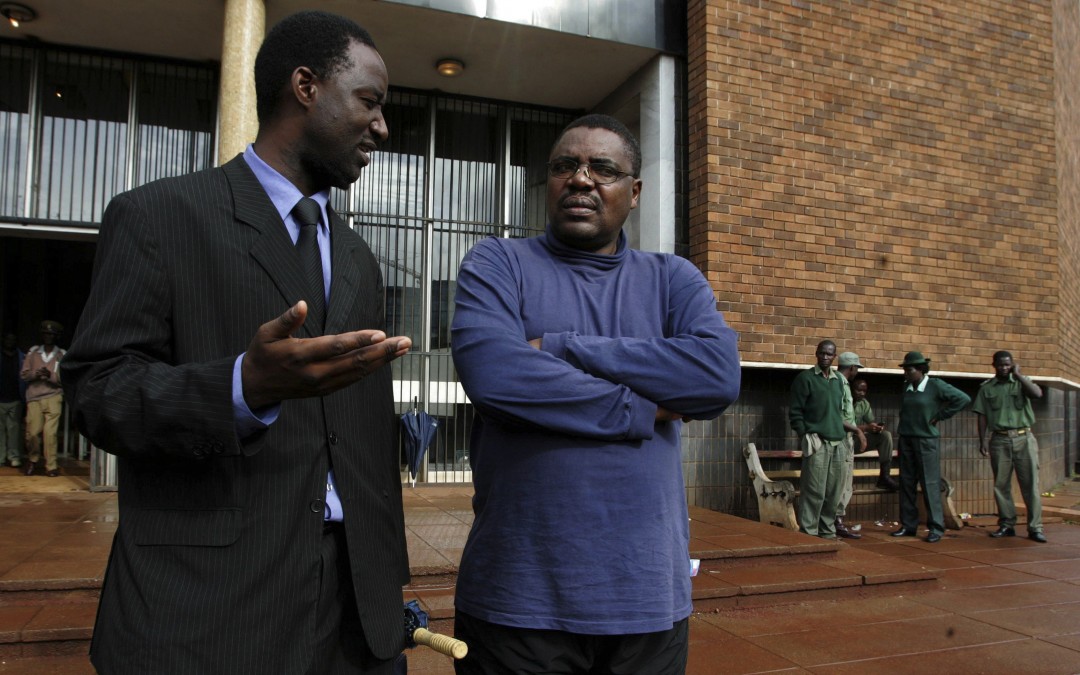 VIENNA, Feb 4, 2016 – The International Press Institute (IPI) today welcomed a ruling by Zimbabwe’s Constitutional Court declaring criminal defamation unconstitutional and invalidating a 2004 law that had led to the prosecution of dozens of journalists.

According to local media reports, the Court’s nine justices unanimously agreed that Sec. 96 of the Criminal Law Act, which punished the publication of defamatory content with up to two years in prison, violated provisions of the country’s 2013 Constitution protecting rights of free expression and access to information, and safeguarding freedom of the press.

The ruling confirmed that a 2014 decision invalidating criminal defamation under a previous Constitution applies with respect to Zimbabwe’s current Constitution, putting an end to lingering confusion about the law’s constitutionality. The decision means that defamation complaints in the country will now be addressed solely under civil law.

“We were extremely pleased to learn about this decision and we applaud the ruling,” IPI Director of Advocacy and Communications Steven M. Ellis said. “Criminal defamation, which carries a tremendous potential for abuse by powerful interests who seek to chill legitimate criticism, has no place in a democracy. We hope that Zimbabwe’s neighbours will follow the country’s lead in tossing out similar problematic legislation.”

Ellis also called on lawmakers in Zimbabwe to take further steps forward to safeguard free expression and press freedom. “While yesterday’s decision was a welcome first step, we urge lawmakers to prevent the abuse of civil defamation law by ensuring that any damage awards are proportionate to actual harm caused,” he said. “We also call on them to repeal a provision of the Official Secrets Act imposing a 25-year bar on reporting about Cabinet meetings.”

Yesterday’s ruling stems from a case that began in 2011, when The Standard Editor Nevanji Madanhire and journalist Nqaba Matshazi were charged with criminal defamation after businessman Munyaradzi Kereke, a member of the ruling Zimbabwe African National Union – Patriotic Front (ZANU–PF) party, brought a complaint in regard to a story on how employees of a hospital that he owned were not paid as a result of its financial problems.

Madanhire and Nevanji challenged their prosecution, arguing that Sec. 96 was unconstitutional. The challenge was met with support by the full bench of the Constitutional Court, which in a June 2014 interim ruling stated that “it is not necessary to criminalise defamatory statements” and that criminal defamation “is inconsistent with the freedom of expression guaranteed by (the) constitution”.

The Court later affirmed the interim ruling, but in early 2015 clarified that its ruling applied only to Zimbabwe’s 1980 Constitution, not the 2013 Constitution. The Zimbabwe chapter of the Media Institute of Southern Africa (MISA) and four journalists – including Matshazi – then challenged the law under the current Constitution, leading to yesterday’s ruling.

Following the decision, Voice of America quoted the head of MISA in Zimbabwe, Nhlanhla Ngwenya, as saying: “There is still a litany of laws that Zimbabwe still needs to fight; but, having said that, we are coming from [leaving] a period where criminal defamation was now the preferred law that members of the ruling elite were now using against journalists. They were wantonly and recklessly using the law where they felt the stories were quite unpalatable.”